In: Health Care, In the News, Wellness

On Wednesday night, the Community Diversity Group hosted a panel discussion highlighting the experiences of the LGBTQ community in central Pennsylvania.

Topics included the valuable efforts and work being done to provide support and resources, and how to support the community moving forward. The event was co-sponsored by the Borough of State College community engagement office.

The event began with host Natalie Vercillo introducing the purpose and layout of the event and the evening’s speakers. She assured participants that the panel discussion was a safe space, and any viewers’ questions or remarks would be kept anonymous and free from judgment.

Duran and Wilmoth discussed the ways CSGD educates community members and advocates for LGBTQ students by providing comprehensive and inclusive resources and a supportive environment.

Both speakers also shared their experiences of being queer in central Pennsylvania.

“I’m still assessing [how my overall experience has been],” Duran said.

Duran is originally from Texas and said he wanted to leave the state for somewhere more progressive and accepting of LGBTQ individuals. He said when he finally moved to State College after accepting a job offer, he had never seen so many pride flags, and it was “not something [he] was used to” and was “very exciting to see.”

“On the negative side, I am married, and while I don’t want to speak for any identity, my husband has had a harder time,” Duran said. “He is a Black queer, and once a week he’s called a racial or gay slur. It’s hard because we moved here for my job. It makes central Pennsylvania an interesting place to be in.”

Next, Kast discussed her upbringing in Michigan and when she felt the “call.” She is an ordained minister and a member of the LGBTQ community.

She first started serving in New York City, and around the time of the 2016 election, “remembered feeling the deep sense that [she] could help people come together and talk to each other.” She and her partner then got married and moved to central Pennsylvania.

“This is my first time being in a very multi-political area,” Kast said. “I definitely feel more vulnerable here than in Manhattan.”

She discussed her response to those who question how she can be both of the faith and a lesbian.

“I borrow from Black womanist theology a lot,” Kast said. “Shirley Chisholm famously said, ‘I am unbought and unbossed’… I don’t need anyone to validate me. I know who I am. The church has laid their hands on me. I am ordained,” Kast said.

Chatter was the fourth speaker.

She said she works with everyone in the district to ensure an equitable and inclusive environment. She spoke about the efforts implemented by her office to create inclusive, safe spaces for LGBTQ students in the SCASD.

“The LGBTQIA and peer workgroup were created out of the school district’s efforts to work toward inclusion,” Chatter said. “Not only were there a lot of issues that we needed to tend to, but we needed to bring more voices in. So I had the idea to break the inclusive excellence group up into workgroups,” Chatter said.

She stated the LGBTQIA and gender equity workgroup are currently focusing on policy, monitoring current environments and addressing the current curriculum within the district.

“[This is all] important when you are trying to influence climate…. and assure children see themselves in texts and diversify literature,” Chatter said. “[We want to be sure] teachers are facilitating conversations about LGBT experiences and inclusion.”

Chatter also encouraged community members to write and call the local school board and local officials to express appreciation of diversity in schools’ curriculums.

“We need support,” she said. “We need individuals to write in and say we need representation across the board.”

“I like to consider [State Queens] the main form of queer entertainment in central PA,” Mango said.

Mango discussed how she became interested in drag, and how it has become a creative outlet and community for so many LGBTQ individuals.

“Aside from being a source of entertainment, we provide a safe space for [the] LGBTQ community,” she said. “As a group of LGBTQ people in central Pennsylvania, we’re the only support each other has. We’re sisters, brothers, family.”

Mango also said she feels confident and free when she gets on stage and performs.

“We take our job as drag artists seriously in that we are taking on our role,” Mango said. “Our presence in the room has the power to make a statement. We are liberated from our insecurities.”

London shared her coming out story and her experiences coming to terms with her sexuality later in life at the same time as her child.

London said this is what prompted her to become involved with LGBTQ organizations and activism. She eventually joined an “organic grassroots” organization with the goal of supporting LGBTQIA individuals in the Centre County area.

She then presented a video about Centre LGBTQA Support Network, which featured testimonials from volunteers, youth and parents who have been helped by the organization.

Johnston spoke about his work regarding the training and education programs of various communities regarding LGBTQ awareness, bias and bullying, specifically in older communities.

“Older people have a tendency to go back into the closet because there is a fear of discriminatory treatment,” Johnston said.

Johnston said the coronavirus pandemic requires a more creative approach when thinking of ways to reach out to elderly individuals. To help with this issue, SAGE has created “Sage Connect,” a check-in program where volunteers call elders to check on their well-being.

Johnston said his education programs currently focus on “identifying any bullying or bias present and that it is not dissimilar to a school in that regard.”

Chicko, of the AIDS Resource Center, spoke about limiting stigma, the importance of education and the resources available at the center.

“[Here at the AIDS Resource Center] we focus on the prevention of transmission and we also assist those who are HIV positive with medication, housing and [coping],” Chicko said.

Chicko discussed available resources for counselors and psychologists in Pennsylvania who can assist LGBTQ individuals struggling or in need of professional help.

“[There is] a stigma that can come with HIV, so some people shut off and isolate themselves so the organization tries to assist with that,” Chicko said.

He also emphasized the availability of free testing and free treatment for STIs at the center.

Chicko said while society has come a long way with the study, diagnosis and treatment of HIV, it’s crucial to ensure that HIV is still spoken about.

“The only way of debunking myths and stigma is by staying educated,” Chico said.

This article was originally published in Daily Collegian on October 22, 2020. 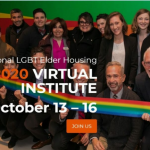 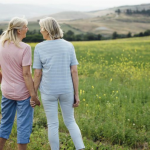