A coalition of 23 state attorneys general are suing the Trump administration over a new rule they say allows healthcare discrimination targeting LGBTQ+ individuals, including those living in residential care settings.

In June, the Department of Health and Human Services announced that it had finalized a rule — Nondiscrimination in Health and Health Education Programs or Activities — that revoked transgender health protections established by the Obama administration. Critics said the rule undercuts protections that Section 1557 of the Affordable Care Act — which prohibit discrimination by any health care program against individuals on the basis of race, color, national origin, sex, disability or age — and would give health and long-term care providers a license to discriminate against the people they should be serving.

New York Attorney General Letitia James is leading the coalition of attorneys general in filing the suit in the U.S. District Court for the Southern District of New York against HHS, HHS Secretary Alex Azar and Roger Severino, who is head of the HHS Office of Civil Rights.

The coalition argues that the new rule is “arbitrary, capricious and contrary to law under the Administrative Procedure Act (APA), and that it violates the equal protection guarantee of the Fifth Amendment.” The suit states the new rule “would eviscerate the 2016 Rule and eliminate many of its core protections.”

You can read the rest of the article on McKnight’s Senior Living. 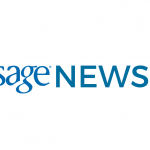 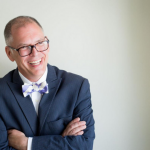