The following was originally published on the Next Avenue website on October 26, 2016. Read the original post here.

Meet Next Avenue’s 2016 Influencers in Aging. These 50 advocates, researchers, thought leaders, innovators, writers and experts continue to push beyond traditional boundaries and change our understanding of what it means to grow older. 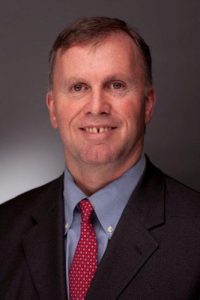 Adams has led SAGE, the country’s oldest and largest organization for gay, lesbian, bisexual and transgender older adults, for more than 10 years. Issues that all aging people face, including health challenges, are often particularly complicated for LGBTQ+ older adults.

Adams, an attorney, has worked passionately on their behalf. He has reminded policymakers of the legacy of AIDS, for example, and pointed out that many older LGBTQ+ adults are living with HIV or are at risk of contracting it. He has spoken out on the lack of caregivers for LGBTQ+ adults.

Adams has also worked to forge alliances with other diverse elder groups, and he encourages younger LGBTQ+ individuals to honor the historic strides of their predecessors.

Read the Next Avenue press release.

IF YOU COULD CHANGE ONE THING ABOUT AGING IN AMERICA, WHAT WOULD IT BE?

“If I could change one thing about aging in America, it would be to re-shape the opportunities for older Americans so that they are equally available to the full diversity of our nation’s older people. As of now, LGBTQ+ older people and elders of color are often at a disadvantage when it comes to the opportunities and supports that can help make aging an exciting life chapter.”