Get The Facts: Equality Act

What is the Equality Act?

The Equality Act is a piece of federal legislation that would update current civil rights laws for the 21st century. It includes significant and explicit protections for LGBTQ+ people in public accommodations, federally funded programs, employment, housing, education, credit, jury service, and education.

The Equality Act would do three things:

Currently, 28 states do not have laws on the books that would protect LGBTQ+ people from discrimination. Without protections in more than half of our states, LGBTQ+ older people may be powerless to confront discrimination when it happens, and service providers, for example, may have no obligation to address it when it does.

How would the Equality Act impact LGBTQ+ elders?

The places that elders access for services, such as senior centers, congregate meals, transportation, funeral homes, and more, are not currently included in current non-discrimination protections. LGBTQ+ elders are also more likely to need doctor appointments than their younger counterparts or need long-term care. Nearly half of LGBTQ+ people who had entered long-term care or had a loved one in long-term care experienced mistreatment in a facility. Older transgender adults report high levels of negative experiences and concern about their healthcare; two-thirds of trans respondents felt there would be limited access to healthcare as they age.

After facing a lifetime of discrimination, a long-term lack of legal and social recognition, and a lack of access to competent, inclusive healthcare, LGBTQ+ older people have waited long enough for comprehensive protection under federal law. Congress should act now to pass the Equality Act, to permanently provide indispensable protections that will help LGBTQ+ older people age with the health, dignity, and respect everyone deserves.

What needs to happen to make the Equality Act a law?

The Equality Act is now up for consideration in the U.S. Senate. It has already passed the House of Representatives twice, and now needs to gain 60 votes in the Senate in order to be sent to President Biden’s desk. President Biden has committed to signing the bill into law should it pass the Senate.

How can individuals help get the Equality Act passed?

Each and every one of our voices matter to our elected representatives. Because of this, it is critical that we tell our senators how important it is to us that the Equality Act become law. Call your Senator today to tell them to vote YES on the Equality Act. If you’ve already called them, call them again. If your friends support LGBTQ+ equality, encourage them to call as well. We must remind our Senators day after day that this is what we want for our country. 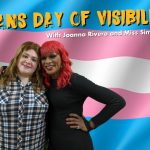 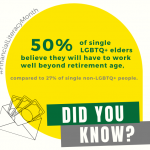