Bringing LGBT Elders and Youth Together 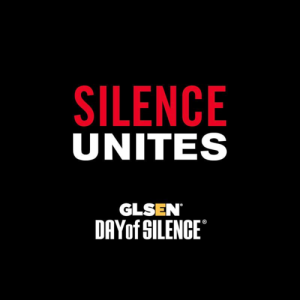 On April 15, students from all over the globe will take a vow of silence to raise awareness of bullying, discrimination and harassment against LGBT youth. GLSEN’s Day of Silence started in 1996 by Maria Pulzetti, a student at the University of Virginia. By 1997, the Day of Silence had spread across the nation to 100 colleges. Today it’s an annual event held around the world, reaching more than 10,000 registered students.

This student-led protest is a beautiful example of how youth and their allies are banding together to take on the issues facing LGBT youth and young adults. But what about bullying against LGBT elders? This happens all too often, especially in housing and care facilities where LGBT older adults are vulnerable to discrimination and harassment.

Bullying in long-term facilities causes so much discomfort that in some cases LGBT older adults are forced back into the closet. According to the 2015 report, From Social Bullying in Schools to Bullying in Senior Housing A New Narrative & Holistic Approach to Maintaining Residents’ Dignity, “Seniors in assisted living, skilled nursing, and memory care are vulnerable to resident-to-resident social bullying in ways that can make their living situations uncomfortable and, in some instances, intolerable. Oftentimes they are unable to remove themselves from situations, and may not even be able to communicate how they feel toward others in their community, causing great anguish.”

Bullying against LGBT elders or youth is never right. Thanks to the Day of Silence, bullying against LGBT youth is addressed in a peaceful, yet powerful way. Let’s take this annual protest and safe and inclusive housing initiatives for the LGBT community as examples of how to support one another.

Vera Lukacs is a digital media assistant at SAGE. Learn more about GLSEN’s Day of Silence and the Lavender Courtyard project online.