April 11, 2018, marks the 50th anniversary of the passage of Fair Housing Act, a pivotal piece of legislation that laid the groundwork for housing protections for marginalized populations in the United States. They say those who don’t learn from history are doomed to repeat it, so it’s worth a look back at how things have and have not changed in terms of fair housing since 1968—and just how the legislation was passed in the first place. 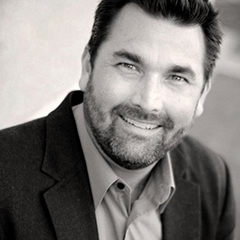 In 1968, America was an extremely segregated society with distinct white and black neighborhoods. Racial and socioeconomic inequality were pervasive, creating a divide that prevented mobility for many. Martin Luther King Jr. led nonviolent protests and advocated for social-justice policies to combat these issues, among others. Then, on April 4, 1968, King was assassinated. This led to a catastrophic outcry in communities across the country, resulting in riots and social upheaval. The federal government scrambled to find an appropriate response to honor the legacy of King and to stabilize communities rocked by anger, frustration, and deeply rooted inequality.

In the week following King’s murder, President Lyndon Johnson rallied Americans and Congress to come together to support the passage of effective fair-housing legislation. After significant debate on the floor of the House of Representatives, the bill was passed and signed into law by President Johnson on April 11, 1968, exactly a week after King’s assassination.

The Fair Housing Act as signed protected individuals from discrimination based on race, color, religion, or national origin. Protections based on a person’s sex were added through amendment in 1974; disability and familial status were added in 1988.

Although America has taken great strides in the past 50 years to provide housing protections and ensure that those who break the law are held accountable, LGBTQ+ people remain vulnerable to housing discrimination. Despite attempts to introduce federal legislation that would amend fair housing and civil rights laws to include sexual orientation and gender identity as protected classes, no bill amending the Fair Housing Act has made it out of committee to be voted on by Congress.

Though 21 states and various localities offer fair-housing protections for LGBTQ+ people, many areas of the country still have pervasive, unreported, or even accepted discrimination. Reports released by the Equal Justice Center (2014) and the Urban Institute (2017) corroborate that exclusionary and discriminatory housing practices still nag the LGBTQ+ community. But federal fair-housing protections based on sexual orientation or gender identity are only one area in which the U.S. faces continued and pervasive injustice.

A 2017 study by the Joint Center for Housing Studies at Harvard University found that the black-white homeownership gap is the widest it’s been since World War II. Cities across the country continue to be challenged by issues of rent stabilization, gentrification and displacement, exclusionary zoning practices, and a general lack of affordable-housing creation.

We have come a long way since April 11, 1968, but our country still faces serious obstacles to realizing its true potential for equal opportunity to all. In the tradition of great social-justice advocates like Martin Luther King Jr., we must extend fair-housing protections to all Americans by adding federal fair-housing protections for sexual orientation and gender identity. 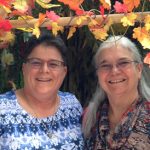 “I Can Be a Voice for the Voiceless”: Michigan Woman Calls for Increased Attention to Challenges Facing LGBTQ+ Older AdultsArticles 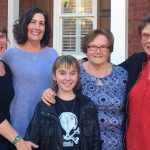