Sydney Kopp-Richardson is the Director of SAGE’s National LGBT Elder Housing Initiative, working to reshape the housing landscape nationally and increase the availability of safer LGBT elder housing through policy advocacy, research, and housing development. Previously, Sydney worked in Chicago, Los Angeles, and New York City in direct service, organizing and advocacy, and policy analysis around affordable housing development. Through an anti-racist framework, Sydney centers the needs of LGBTQ communities, people involved in the justice system, people living with mental health challenges, and others living in the margins. Sydney has developed anti-violence curriculum and policy recommendations for LGBTQ communities and infuses this into her work in housing development and sexual violence prevention in New York City nightlife venues. Sydney brings a reverence for the expertise and legacies of LGBTQ elders in the formation of policies and programming developed to serve them in the fight for collective liberation, and she brings this to SAGE’s national housing initiative. 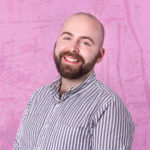 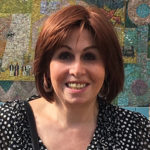