Aaron Tax is the Director of Advocacy for SAGE. He advocates for LGBT-inclusive federal aging policies that account for the unique needs of LGBT older adults.

Until June 2011, Aaron served as the Legal Director at Servicemembers Legal Defense Network (SLDN), the leading organization challenging “Don’t Ask, Don’t Tell” (DADT) in Congress and in the courts. He started there as a staff attorney in 2006, and for nearly five years at SLDN, he took part in a multifaceted approach to advancing the civil rights of LGBT servicemembers through law, policy, outreach, and education. As the Legal Director, Aaron was responsible for running the legal services program at SLDN, the only organization providing free legal services to service members impacted by DADT and related forms of discrimination, including those who are HIV positive and/or transgender.

Prior to joining SLDN, Aaron spent three years working for the Department of the Army in the Office of EEO and Civil Rights, the first two years as a Presidential Management Fellow (PMF). As a PMF, he worked for the Office of the Staff Judge Advocate, V Corps, Heidelberg, Germany, and served as a Special Assistant United States Attorney in the US Attorney’s Office for the District of Columbia, where he tried more than two dozen cases. A graduate of Cornell University with honors and distinction and the George Washington University Law School with honors, he currently resides in Washington, DC. 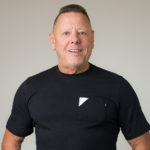 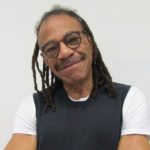