Kylie Madhav is the Senior Director of Diversity, Equity, and Inclusion at SAGE where she defines the strategic vision for SAGE’s external-facing DEI work and leads in designing the organization’s DEI action plans, goals, and benchmarks. Previously, she worked as the Clinical Support Services Manager at New York City’s Lesbian, Gay, Bisexual, and Transgender Community Center. Over her career, she has worked on behalf of immigrant and LGBTQ+ communities in New York, the Dominican Republic, and Mumbai, India. Kylie holds an MBA from the Yale School of Management as well as an MSW and BA in Linguistics and Law & Society from New York University. She is fluent in French, English, Spanish, and Haitian Kreyòl and enjoys delving into the extensive literary canon of her fifth language: Tamil. She currently resides in New York City with her husband. 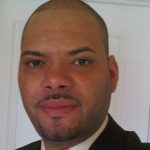