Ruth Eisenberg is a partner at Harmon, Curran, Spielberg & Eisenberg LLP, concentrating in the areas of employment law and general nonprofit organization law, and has a long history as an advocate for LGBTQ+ rights and for the rights of people with HIV.

At Harmon, Curran, Spielberg & Eisenberg LLP, she advises nonprofit organizations in several areas including harassment and discrimination. She works with organizations to establish and enforce harassment-prevention programs and conduct investigations into harassment allegations. Eisenberg also conducts popular training on avoiding workplace harassment and other employment law issues. In 2018, she was rated a “SuperLawyer” in the category of Labor and Employment Law.

In addition to the SAGE board, Eisenberg serves on the ADL Washington DC Regional Board and served as the Director of Legal Service at the Whitman-Walker Clinic (now Whitman-Walker Health) during the height of the AIDS crisis. She has served on the Boards of Directors of Lambda Legal, the National LGBTQ+ Task Force, and Whitman-Walker Health. She is also a co-author of The Rights of People Who are HIV Positive: The Basic ACLU Guide to the Rights of People Living with HIV Disease and AIDS (1996) and a co-editor of AIDS Practice Manual: A Legal and Educational Guide (1992). 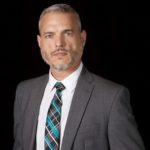 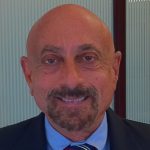