Molly Lenore is the cofounder and president of Moey Inc., a company devoted to the creation of installations at the intersection of art, science, technology, design and education. Molly specializes in conceptual design and build of media installations and interactive public spaces. Her work, which is both artistic and experiential, strives to make content engaging, comprehensible and immersive. She has developed and designed work for numerous Fortune 100 companies, museums, public spaces, art galleries and government agencies. She has been recognized and has won numerous international awards for her work.

Lenore has been a guest lecturer at the Harvard Graduate School of Design, New York University, Virginia Tech, Pratt Institute, Columbia, SVA, the New School, Parsons School of Design, New York Medical College and the Academy of Art College in San Francisco. She has been invited to speak at conferences and gatherings, including ACM, SIGGRAPH, ASTC, the Museum Computer Network and Ozone.

An additional passion has been the LGBTQ+ sports realm, where she has served on numerous boards, including the National Gay Flag Football League, the New York Gay Football League and the Big Apple Softball League. She believes that sports can empower, connect and strengthen the LGBTQ+ community, as well as serving a as bridge to the greater community. 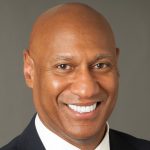