SAGE and Seven other Plaintiffs Represented by Lambda Legal Sue Trump Administration over Ban on Speech about Systemic Racism, Sexism, and Implicit Bias

“The LGBT community knows all too well that silence equals death.”

[San Francisco, CA, November 3, 2020] – Lambda Legal last night filed a federal lawsuit challenging the Trump administration’s recent executive order that prohibits federal contractors and grantees from conducting workplace diversity trainings or engaging in grant-funded work that explicitly acknowledges and confronts the existence of structural racism and sexism in our society. The order describes trainings that cover topics such as implicit bias or critical race theory as divisive and un-American, and directs agencies to suspend or deny funding to contractors and grantees whose trainings or grant-funded activities cover these topics.

“We are fighting three epidemics—COVID-19, HIV/AIDS, and an epidemic of violence perpetrated against Black people by law enforcement,” said Camilla Taylor, Director of Constitutional Litigation, Lambda Legal. “Communities of color face shocking health disparities with respect to both COVID-19 and HIV/AIDS. Black and Brown people are more likely to get sick, and more likely to die as a result of systemic racism and sexism, structural inequities, and the role of explicit and implicit bias on the part of health care providers.

“Our plaintiffs – LGBT community centers, health care providers, HIV/AIDS service organizations, advocates for LGBT seniors, and a consultancy working in the juvenile and criminal justice systems – are committed to ending these epidemics,” Taylor added. “The work they do saves lives. But to do it, and do it effectively, they have to train people about the role of implicit bias in contributing to disparities, and explicitly acknowledge and confront systemic racism, sexism, and anti-LGBT bias. President Trump wants to silence them, but they refuse to be silenced. The LGBT community knows all too well that silence equals death.”

The Executive Order issued September 22, 2020, and later Trump administration guidance labels the discussion of intersectionality, critical race theory, white privilege, systemic racism, or implicit or unconscious bias in diversity training as “race and sex scapegoating” and forbids agencies from “promot[ing]” these “divisive concepts.” It directs agency heads to audit internal training curricula and discontinue these trainings, and to conduct a similar audit of federal contractors, putting those contracts at risk.

“Acknowledging the truth of our nation’s history — one in which slavery, segregation, and systemic racism are an inherent part — is not ‘un-American’: it’s simply telling the truth,” said Lambda Legal CEO Kevin Jennings. “We must confront our history, and its continued present-day manifestations, honestly and squarely if we are ever to resolve the pernicious effects of our troubled history of systemic racism. The Trump Administration cannot be allowed to rewrite history and punish agencies that are attempting to train their staffs to be able to move our nation closer to the American ideal of liberty and justice for all its citizens, regardless of who they are.”

The organizational plaintiffs include: the Los Angeles LGBT Center; The Diversity Center in Santa Cruz, CA; AIDS Foundation of Chicago; CrescentCare in New Orleans, LA; Bradbury-Sullivan LGBT Community Center in Allentown, PA; and, SAGE based in New York City. The consultancy is B. Brown Consulting, a Michigan-based business with a federal contract to train correctional facility staff, governmental agencies, and nonprofits. The individual plaintiff is Dr. Ward Carpenter, co-director of Health Services at LA LGBT Center.

“For the past decade, SAGE has provided training and technical assistance to increase the cultural competence of elder care providers at the intersections of sexual orientation, gender, and race,” said SAGE CEO Michael Adams. “The Trump administration’s late-breaking attack on this training – some of which has been funded by the very same federal government that the President leads – is profoundly damaging to long-established efforts to counteract discrimination in essential services. We are determined to challenge and defeat this deeply misguided assault from the White House.”

The lawsuit is The Diversity Center v. Trump. Read the complaint here: https://www.lambdalegal.org/in-court/legal-docs/diversity_ca_20201103_complaint

More about the clients is available here: https://www.lambdalegal.org/the-diversity-center-v-trump_plaintiffs

Lambda Legal is a national organization committed to achieving full recognition of the civil rights of lesbians, gay men, bisexuals, transgender people and everyone living with HIV through impact litigation, education and policy work. www.lambdalegal.org

SAGE is the country’s largest and oldest organization dedicated to improving the lives of lesbian, gay, bisexual, and transgender (LGBT) older people. Founded in 1978 and headquartered in New York City, SAGE is a national organization that offers supportive services and consumer resources to LGBT older people and their caregivers. SAGE also advocates for public policy changes that address the needs of LGBT elders, provides education and technical assistance for aging providers and LGBT community organizations through its National Resource Center on LGBT Aging, and cultural competency training through SAGECare. With staff located across the country, SAGE also coordinates SAGENet, a growing network of affiliates in the United States. Learn more at sageusa.org. 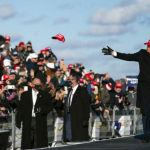 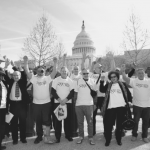