This year’s event raised $300,000 to benefit SAGE and collected hundreds of toys for children in need

[New York, NY] Over 2,200 attendees filled Chelsea Piers on December 12 for the 37th Annual Toys Party, merrily living up to the essence of the holiday season, all while benefiting LGBTQ+ elders and children in need. Hosted by Chris Kann, this year’s Toys Party continued to honor the memory and legacy of the event’s founder Robby Browne. The event, from its start during the AIDS crisis, has created an affirming space for LGBTQ+ people. Year after year, the Toys Party brings together people of all ages from the LGBTQ+ community to celebrate the past year and hail in the new one.

Chris Kann spoke to the power of having a holiday ritual like the Toys Party, “Robby would have been thrilled by the success of this year’s party. The fact that this has remained a staple in the community shows us that he accomplished what he intended to create: a place where we could give back, get together, and celebrate the holidays and each other.”

The event has become one of New York’s most distinguished charity events, making a meaningful impact on the lives of older LGBTQ+ people and children in need during the holidays.

“For decades, the Toys Party has been a wonderful tradition of New York City’s LGBTQ+ community, ringing in the holidays while making an enormous difference. Culturally we are at a moment when more and more people see the importance of recognizing our community’s elder pioneers. I am thrilled by the event’s turnout and can’t wait to do it again next year,” said SAGE CEO Michael Adams.

Ross Mathews, co-host of The Drew Barrymore Show, was on hand to spread joy and eagerly support LGBTQ+ elders. Mathews is a recognizable figure in the community, having also served as a producer and judge on the award-winning RuPaul’s Drag Race.

“There is so much power in aging, but at the same time, our beloved, trailblazing LGBTQ+ elders face tremendous obstacles, some new and some they have faced their whole lives.” Continued Mathews, “SAGE’s work has been critical in addressing these issues and ensuring that our community’s pioneers age with the dignity and respect they deserve.”

Photos of the evening can be found here 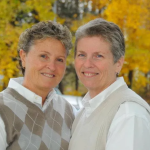