Senior Director of Programs and Services

Steve Wilkinson is the Senior Director of Programs and Services, managing all five of the NYC SAGE Centers. Prior to this role, he served as SAGE Center Midtown Site Manager.

Steve has been working or volunteering in the LGBT community for nearly four decades. He was a Special Assistant to the NYS Commissioner of the Department of Labor, where he helped individuals in the Bronx and Harlem find employment by utilizing the services of the NYS Department of Labor Workforce Centers. Prior to that, he served as the Chief of Staff and Legislative Director for Assemblywoman Aileen Gunther, helping to enact Marriage Equality in New York and fighting for the yearly passage of GENDA in the Assembly.

In the late 1980s, Steve was the Deputy Director of the PWA Health Group, the New York City Buyers Club for people with HIV and AIDS. The PWA Health Group imported medications that were not yet approved in the United States for people living with AIDS. This was groundbreaking and important work which helped PWAs treat their infections with better, cheaper and less toxic medications.

Steve holds a Master of Social Worker and LMSW certification. He worked as an HIV/AIDS medical social worker at the Center for Special Studies at New York Presbyterian hospital during the early 1990s. He also spent several years working in the psychiatric Continuing Day Treatment Program at Payne Whitney Clinic. Steve is a graduate of NYU with a Bachelor’s of Fine Arts and earned his Master’s degree in Social Work at the Hunter School of Social Work.

When not working, Steve and his husband enjoy the arts and exploring New York City. They are the proud parents of two Italian Greyhounds, Rufus and Reggie. 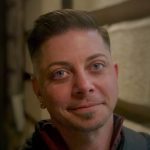