Jerry is the former principal of Miami-based Chasen & Associates PA, a pioneering LGBT estate planning law firm. Through that firm, he created the Advisors Project, an ongoing CLE-credentialed educational program designed to encourage and support various professional advisors in creating client relationships that are both satisfying and productive for philanthropy.

In 2010, he left his practice and became vice president (and later chief operating officer) of the Alliance for Global Good and was responsible for the organization’s programs and communications. Trained and certified as a life coach, Jerry’s coaching practice focused on the challenges of reinvention and productivity for older adults looking at “the next third” of life. Jerry was a Visiting Adjunct Professor at the University of Miami Law School Graduate Programs in both Tax and Estate Planning, from which he also received an LL.M. degree in estate planning.

Past president of the Miami–Dade County Planned Giving Council and longtime member of the Council’s Board of Directors, Jerry served as a member of the national Boards of Directors of Lambda Legal and SAGE before joining SAGE’s staff. He has participated in the Professional Advisory Committees of the Foundation of Jewish Philanthropies, the United Way of Miami-Dade County, and the Miami Foundation. He founded and then chaired the Miami Foundation’s LGBT Community Projects Fund Committee for 10 years. 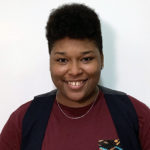 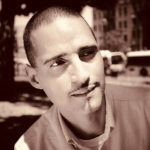