James Derham is the Site Director at The Edie Windsor SAGE Center. Prior to joining SAGE, James worked in the Education department at Planned Parenthood of NYC. At PPNYC James served as a Senior Sexuality Educator, facilitating over 100 workshops to young people across New York City. More recently, he coordinated PPNYC’s ‘Youth Health Promoters’ peer education program. In this role, he recruited, trained and supervised a team of 16-21 year olds who facilitated workshops and conducted outreach to over 2000 of their peers annually across the city. James created a portfolio of programming for his team, successfully collaborating with WNYC, MTV, and video producers from PBS to train the young people in a variety of skills. Members of his team went on to have articles published in Teen Vogue, Advocate.com and Medium.com.

James has been involved with SAGE since 2016, volunteering with the Friendly Visitor Program. 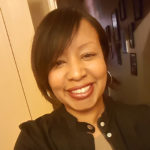 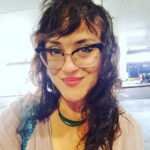