Myron Sulzberger Rolfe (Mickey Rolfe) is the Founder and owner of The Rolfe Company, Inc. the exclusive theatrical design representation firm whose clients have won or been nominated for every award and citation given in the business, including 20 Tony Awards for excellence on Broadway.  He is also President of The Sulzberger Rolfe Foundation whose focus is on charitable giving to improve the quality of life of New Yorkers. A former four-term chairman of the board of directors at the Gay Men’s Health Crisis, Mickey is the recipient of the Judith Peabody Humanitarian Award and the Imperial Court of New York’s Community Hero Award. He was honored to have the Hazel Dukes/Mickey Rolfe annual Advocate Award co-named for him. Rolfe also serves as chair of the Theater Development Fund’s Library Committee and is an advisor to the Visiting Nurse Service of New York’s LGBT Initiative.  Mickey, and his husband Bruce Tracy are sponsors of the AIDS Memorial Park at the site of the former St. Vincent’s Hospital, and their charitable involvement extends to such organizations as the Fresh Air Fund, Central Park Conservancy, Broadway Cares/Equity Fights AIDS, and the LGBTQ Project at the New York Public Library, God’s Love…, to name a few. Bruce and Mickey have been together since 1980 and have been married for 11 years. 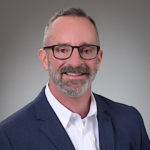 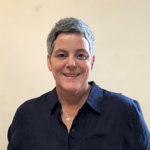