Michael Burke is the Treasurer and Chair of the Finance Committee for the SAGE Board of Directors. He has had a successful career in organizational and financial management in the nonprofit, government, and private sectors. As the Chief Operating Officer of New York Life’s private foundation, he has operational and financial oversight of the foundation and manages operations and budgeting for the company’s corporate responsibility activities.

Before joining New York Life, he served as Chief Operating Officer of the Brooklyn Community Foundation, the largest foundation exclusively dedicated to supporting Brooklyn-based nonprofits. Before that, Burke helped found and was the Chief Operating Officer of the Downtown Brooklyn Partnership, a local development corporation dedicated to supporting the redevelopment of the City’s third-largest business district.

Burke previously served as Chief of Staff for Brooklyn Borough President Marty Markowitz, and in the private sector was Vice President of community and housing development matters for Manufacturers Hanover Trust and Chemical Bank.

Throughout his life, he has been actively involved in community-based advocacy. He served on the boards of directors of the arts and education organizations BRIC Arts/Media/Bklyn and Best of Brooklyn, and served as both Treasurer and Chair of the Board for Brooklyn’s primary LGBTQ advocacy and service organization, the Brooklyn Community Pride Center.

Burke grew up in Wisconsin but has lived in the New York area for more than 30 years. He earned his Bachelors in Political Science from Columbia College and a Masters in Public Administration from Columbia University’s School of International and Public Affairs. Later in life, he became a trained archaeologist and has worked on a variety of digs in Israel and Greece. He and his husband, Evan, live in Jersey City, NJ. 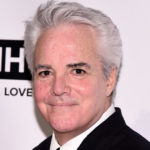 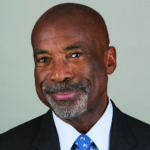