Mark M. Sexton is the Strategic Planning Committee Chair. Mark is a retired tax professional, having most recently held the position of Senior Vice President, Taxes at Revlon, where he worked for 19 years. Before Revlon, Mark worked as an international tax counsel with Bristol Myers Squibb and as a tax associate at two New York law firms.

Mark has also been active in LGBTQ+ philanthropy for years. Mark has served on the boards of the National LGBTQ+ Task Force, which he co-chaired for three years, and the National LGBTQ+ Task Force Action Fund, which he chaired for six years. He also served on the board and grants advisory committee of the Stonewall Community Foundation, as well as the governance committee of the New York City Anti‐Violence Project and strategic-planning committees for AVP, SAGE and the Task Force.

Mark is a graduate of Yale College, with a law degree from the University of Chicago and a Masters of Law in Taxation from New York University. Mark and his husband, Kirk Wallace, lived in New York City for more than 30 years and, since 2017, have lived in Portland, Oregon. 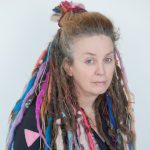 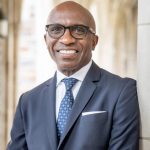