Anthony Emeka Harbour is an experienced brand strategist and entrepreneur. Most recently, he founded a startup, The Baldwin Gentlemen, a social club for gay men of color in Los Angeles.

While Harbour was in business school at the University of Toronto, he established The Letters, an LGBTQ+ club for students and allies. He consequently helped develop a partnership with Reaching Out MBA, the global association for lesbian, gay, bisexual, transgender, and queer MBA students and alumni. In addition to being awarded the distinguished University of Toronto, Gordon Cressy Student Leadership Award, Harbour was honored for his contributions to the LGBT and business communities by being named a Poets & Quants 2016 MBA to Watch.

Prior to earning his MBA, Harbour worked as a consultant with the U.S. Securities and Exchange Commission, was a fellow with the Coro Center for Civic Leadership, and worked as a strategist with various nonprofits in Washington, D.C. A Los Angeles native, Harbour earned his M.B.A. at the Rotman School of Management at the University of Toronto, and his B.A. at the University of California, Berkeley. 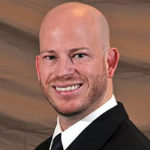 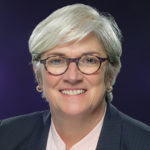