SAGEVets Program Manager Ashton Stewart and Administrative Coodinator Arnold Lewis gave remarks at the July 7 Veterans Rally, Because Black Lives Matter!, organized by SAGEVets partner Black Veterans For Social Justice, Inc. (BVSJ). The rally took place in front of the Brooklyn War Memorial commemorating the 11,500 Brooklyn service members who died during WWII, and across from Juneteenth Grove, that was recently established by NYC Parks. The program began with a recording of Dr. Martin Luther King, Jr.’s I Have a Dream to set the stage for a series of fiery, passionate speeches from Congresswoman Yvette Clarke, Councilmember Robert Cornegy, decorated Vietnam War Veteran and President of Veterans Action Group Herbert Sweat; Deputy Director of NYC Veterans Alliance James Fitzgerald, CEO of BVSJ and member of the NYC Veterans Advisory Board Wendy McClinton, and Ashton and Arnold. The audience was made up of over 100 members of BVSJ and 100 attendees and park-goers. Also in attendance were Joe Bello, Citywide Veterans Director in the Office of Councilman Chaim Deutsch (Chair of NYC Veterans Committee), and James Hendon, Commissioner of the NYC Department of Veterans’ Services.

The event concluded with a very somber reading of a list of victims of law enforcement brutality, each individually followed by the ringing of a bell.

To learn more about the work SAGEVets has done with BVSJ, visit our YouTube page to watch the Black History Month panel hosted at SAGE Harlem in February 2020. 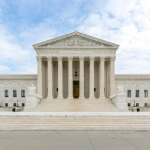