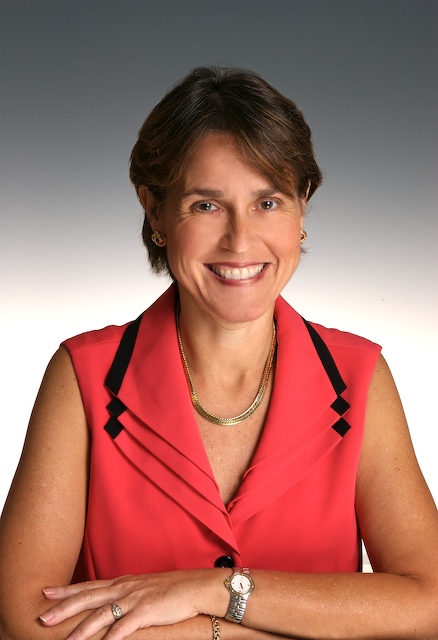 Raquel Matas has been a lawyer for over 35 years. She has distinguished herself as an experienced and well-respected real estate lawyer; as a senior-level law school administrator and counsel; as an active member of the bar and larger community; and as a dedicated, committed advocate and leader of the LGBTQ+ rights movement.

Her professional career has been divided between the practice of law and senior-level administration in academia. In her field as real estate lawyer, after working as an associate in several firms, she owned her own law firm and was recruited twice by prominent firms, first Carlton Fields and then Ferrell Schultz, to open those firms’ real estate departments and grow the firms’ practice in the area. She held leadership positions in both firms. At the University of Miami School of Law, where she currently works, she serves as associate dean for administration, counsel to the dean, and director of the graduate program (LLM) in Real Property Development. She served for over two decades on the Board of Directors of Totalbank, a South Florida commercial bank with $3 billion in assets, holding leadership positions as chair of various committees. She has been an out (Latina) lesbian throughout her career.

In her field as a feminist and LGBTQ+ movement leader, she has a long history of involvement at the local, national, and international levels, starting during her law school days in Boston. She has strived to do this work at the intersection of gender, sexual orientation, and ethnicity, reflecting her own identity.

During law school, she was an active member of the planning committee for one of the first national conferences on women and the law, held in Boston, and focused her efforts on making the conference inclusive and accessible to women of color and Spanish speaking women, from the selection of panels and panelists to the translation of conference materials into Spanish. After she graduated from law school and began to practice in Boston, Raquel was involved in the Boston collective (Amigas Latinas en Accion Pro Salud, or ALAS) that translated into Spanish the first significant book about women’s health and sexuality, Our Bodies, Ourselves. The Spanish edition, Nuestros Cuerpos, Nuestras Vidas, was careful to include issues of sexual orientation and identity not commonly talked about among Hispanics at the time of its publication in the early 1980s. She was also involved with the members of the LGBTQ+ Boston community assisting in the relocation efforts of gay “Marielitos” (the 1980 mass emigration of Cubans through the port of Mariel), many of whom were sent to Boston without family connections or support structures.

Shortly after she moved to Miami in 1983, Raquel began to work with local gay and lesbian groups, which at that time were mostly underground, to bring awareness and consciousness to a community that had very little knowledge and a lot of fear about LGBTQ+ issues. She helped form the Friday Night Women’s Group, an informal venue for lesbians to meet weekly and support each other as they dealt with coming out issues, homophobia, open discrimination, and other issues. During this time, she also worked with other women in the community to bring lesbian musicians to Miami and organized successful concerts for Alix Dobkin, Ferron, Theresa Trull, and others. She participated in one of the first Lavender Law Conferences in Chicago and met the then legal director of the National Center for Lesbian Rights (NCLR), who asked her to join the board and help diversify it. Raquel then began to invite NCLR to Miami, which brought the group’s voice, visibility, and advocacy to South Florida. Many NCLR receptions and fundraisers were held at the home of Raquel and her partner, Carla Lupi, MD.

In the late ’80s, amidst the HIV/AIDS epidemic, Raquel helped found one of the first Miami-based HIV/AIDS service organizations, Body Positive Resource Center, and served as its board president for four years. She helped develop and taught a course in AIDS and the Law at UM Law School, and she held numerous other leadership positions in groups working on the HIV/AIDS front, including advocacy around the then nascent Ryan White Program and education efforts on the effects of HIV/AIDS in Hispanic and communities of color. In her practice, she also represented many individuals and couples affected by the epidemic.

In the Florida Bar she has held many leadership roles in which she has brought about both consciousness and change on gender, ethnic, and LGBTQ+ issues. In 1987 Raquel was appointed to the Florida Supreme Court Gender Bias Study Commission, which not only issued a comprehensive report on the blatant state of gender discrimination throughout the judicial system, but also laid the groundwork for subsequent commissions on race, ethnic, and sexual orientation bias—commissions in which she also later participated. Raquel was the first Hispanic woman and first out lesbian elected to the Florida Bar Board of Governors, and to this date probably one of the few if not the only openly gay member of that group. She served for two terms and held leadership roles in various committees. During her term on the Board, she was actively involved in the successful effort to amend the Florida Bar Rules of Professional Conduct to add “sexual orientation” to the rule that prohibits lawyers from engaging in disparaging conduct on the basis of race, gender, or ethnic background, among others.

More recently she has been actively involved with the Hispanic National Bar Association (HNBA), serving two terms in the executive committee of its Board of Governors (as national Vice President for External Affairs and as General Counsel of the HNBA) and for three terms as national Chair of the HNBA LGBTQ+ Division. She and her team worked closely with the HNBA national leadership to raise the profile of LGBTQ+ Hispanic lawyers and bring awareness in the Hispanic community about LGBTQ+ issues that affect Hispanics differently because of culture or legal status. The LGBTQ+ Division has increased its stature and standing within the national organization, has organized national summits of Hispanic LGBTQ+ legal professionals in order to develop a national agenda around advocacy on issues especially relevant to LGBTQ+ Hispanics in the legal profession, and has established and funded a scholarship to support LGBTQ+ law students and recent law graduates interested in advocacy and legal work in the LGBTQ+ public interest sector.

Raquel is a supporter of Miami’s Aqua Foundation for Women. She has served on its Advisory Board, provided financial support, and served as a mentor in the Aqua Fellowship Program, especially mentoring young Latina LBT women interested in academia.

At the University of Miami School of Law, Raquel serves as faculty advisor to the law student OUTlaw organization, is a mentor to students, and is the law school’s liaison to the university on LGBTQ+ issues. She served on the university’s LGBTQ+ Task Force, which led to the creation of the University’s LGBTQ+ Center. She also worked with LGBTQ+ students, faculty, and LGBTQ+ community leaders (led by the incomparable Elizabeth Schwartz) to create the innovative Marriage Equality Series course, which provided much-needed legal guidance in the area during the period leading to the Obergefell decision.

In the summer of 2018, Raquel was accepted as a student in the prestigious Stanford University Graduate School of Business’s LGBTQ+ Executive Leadership Program. In fall 2018, she participated in the first Miami meeting of Out Leadership, the global LGBTQ++ business network.

Raquel was born in Havana, Cuba, and grew up in San Juan, Puerto Rico. She went to college and law school in Boston and practiced there briefly before moving to Miami in 1983. She and her partner, Carla Lupi, MD, have been together over three decades and have been immensely supportive of each other throughout their careers, their political and advocacy work, and most importantly, meaningfully, and fun, their parenting of their daughter, Camila, who is a senior at Brown University.

Raquel is an avid runner, an Iyengar yoga practitioner, and a beginner golfer and sailor aspiring to become better at both. 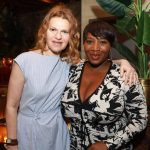 A Star-Studded Debut for SAGE TableArticles 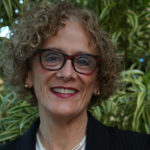