Solving the Loneliness Epidemic, Two Generations at a Time

In: In the News, Social Isolation

Four ways technology can help organizations working to fight loneliness, while transforming eldercare and the lives of older and younger adults.

Early in 2020, the first shelter-in-place measures to reduce the spread of COVID-19 forced millions into physical and social isolation and introduced the grave consequences of loneliness to many who had never experienced it before, at least not in a sustained way. But the pandemic only underscored what millions of people across the generations already knew.

In the United States, more than one-quarter of people over age 60 live alone, according to a Pew Research Survey, and more than 43 percent of them reported feeling lonely even before the COVID-19 pandemic. Younger people suffer from loneliness, too. In fact, those aged 18 to 22 have the highest loneliness scores, a recent survey found and being a student correlates heavily with scoring high on the Cigna US Loneliness Index.

Loneliness has significant health consequences for all age groups. Julianne Holt-Lunstad, a psychology professor at Brigham Young University, found that loneliness and social isolation can be as damaging to peoples’ health as smoking 15 cigarettes a day and contributes to early mortality. Other studies show that those who identify themselves as lonely are 59 percent more likely to lose the ability to perform daily living tasks, and are at higher risk of cardiovascular disease, obesity, dementia, and depression.

In 2018, British Prime Minister Teresa May appointed the country’s first Minister of Loneliness and announced a national strategy to fight “one of the greatest public health challenges of our time.” US Surgeon General Vivek Murthy spoke out about the loneliness crisis and published the book Together: The Healing Power of Human Connection in a Sometimes Lonely World in 2020. But despite this awareness, policy makers in the United States have been slow to call for or recommend solutions.

One point of light, however, is that local innovators—many young, first-time entrepreneurs motivated to help elders during the pandemic—are stepping in, bringing their technology skills to the table, and coming up with intergenerational solutions.

We created Mon Ami in 2018 to tackle the need for connection on both sides of the generational aisle in a scalable way. The organization began as a direct service platform, leveraging gig technology to match older adults and their families with college students, who visited weekly to engage in social activities such as playing Scrabble, writing memoirs, and going on walks. Families paid $25 an hour for their services, happy to get a few hours of respite care and glad their elders were engaged with vetted, interested young adults.

In October 2019, we raised $3.4 million from venture groups, led by Freestyle Ventures and Cowboy Ventures. We used the funds to hire engineering and other staff, and to further develop our technology platform and app. By March 2020, when COVID-19 hit, hundreds of students enrolled at colleges in the Bay Area of California had provided more than 10,000 hours of companionship to older adults, either in their homes or at their assisted living facilities.

Mon Ami is one of a growing number of organizations that have used tech platforms and apps to match older and younger people. Created in 2017 and now operational in all 50 states, Papa provides older adults with “Papa Pals”—also known as “grandkids on demand”—for companionship and assistance with daily tasks. And in 2020, Aditi Merchant, a student at the University of Texas at Austin, and two friends launched Big & Mini, a platform that matches college students and older adults for video chats. In less than a year, Big & Mini has attracted 1,500 active users across eight colleges, 14 organizations, and 25 countries.

As the pandemic dragged on and needs became more urgent, we began partnering with local governments and nonprofits that saw problems at both ends of the age spectrum, and redirected resources to older and vulnerable populations. In 2020, we licensed our technology and expertise to these groups, which in turn coordinated unpaid and mostly young volunteers to deliver groceries, pick up prescriptions, run errands, and check in on isolated individuals.

Our organization now works across six states, with groups including the Central Oregon County on Aging, the City and County of San Francisco, and the Utah Commission on Aging. Our platform also supports a phone bank, which connects older adults in need of companionship with unpaid volunteers who periodically contact them.

Over the past two years, we’ve learned a great deal from our partners, clients, and college students. We offer the following four lessons for other organizations working to fight loneliness, while transforming eldercare and the lives of older and younger adults.

1. Recognize the stigma. Loneliness is multifaceted and often difficult to face. While the prevalence and impact of loneliness has grown in the past few years, there can be barriers to seeking help, including a sense of stigma; an inability to recognize the signs of loneliness, isolation, or depression; or a feeling of hopelessness that can become a kind of paralysis. People may not respond to offers of help advertised as a “loneliness solution.” When bringing two generations together, it can be more effective to focus on mutual benefits or shared experiences.

Consider SAGE, a national nonprofit providing advocacy and services for LGBT elders. Recognizing that pandemic-induced isolation and loneliness posed huge challenges for its community, it launched a new program called SAGEConnect, which invites younger and older adults in the LGBT community (and allies) to talk as peers via weekly phone or video calls. Since May 2020, the initiative has connected nearly 400 seniors with younger volunteers, who’ve made thousands of hours of calls.

2. Tap the interest and commitment of both generations. By asking directly, organizations can recruit younger people who want mutually beneficial relationships with older adults.

When we launched Mon Ami, some were skeptical that college students would want to spend time with older adults. Many assumed that both generations would want to keep to themselves. But when we asked Stanford undergrads to spend at least one hour a week with an older adult who might be homebound, have dementia, or just want to connect, hundreds responded within 24 hours. Student backgrounds and majors varied, but they all wanted to connect with and learn from older adults. One student wrote, “Older adults have so much wisdom and life experience. Most of my friends are in their 20s—I’m missing out on some amazing intergenerational friendships!”

When the pandemic hit, nonprofits began calling on students like these. For example, when its older volunteers were forced to stay home to stay safe, San Francisco Village, a nonprofit community for adults 55 and older, didn’t have enough people to deliver groceries and other essential services. Village members quickly realized that younger people in the city were ready to rise to the occasion—and their interest wasn’t purely altruistic. Confined to working from home or separated from their families, younger people were experiencing isolation and a desire for connection, too.

3. Use technology to engage younger people. For decades, many nonprofits have relied on paper forms and in-person training, operating successfully without technology. But organizations that want to recruit, screen, and train young people, and connect them with older adults simply must update outmoded processes and adapt to mobile apps. As Sylvia Vargas, a volunteer manager at Openhouse, an LGBTQ, senior-serving organization in San Francisco, says, “Technology brings a lot of young people who work in tech or are tech natives to us who we’d never be able to engage otherwise.”

Shifting to digital operations doesn’t require hiring a programmer and designer to custom-build an app. In its early days, Mon Ami made use of free or cheap online tools to sign up interested students and coordinate connections with seniors. Plenty of off-the-shelf solutions can make it easier for volunteers to engage. Publicizing videos and photos on social media meets young people where they are. Building volunteer applications in Typeform or Google Forms is quick and easy. Checkr can process background checks fully online. And Calendly will sync up with Outlook or Google Calendar to allow prospective volunteers to sign up for the orientation slots that suit their schedule.

4. Build relationships and community. Although online tools make it easier to get younger people engaged with older adults, digital connection is no substitute for human connection. At Mon Ami, we track the number of phone calls and errands students make and do for their senior matches, which then allows staff to reach out personally and recognize them for their generosity. Nothing builds community faster than the feeling of being seen and known.

Relationships are also at the heart of Shanti Project, a San Francisco-based nonprofit that builds human connections between marginalized people, including those living with life-threatening illnesses, LGBTQ+ older adults, and adults with disabilities. The organization pairs each of its volunteers with a client by virtue of their shared humanity and with the expectation that they will meet once a week for at least six months. Volunteers not only offer practical support, but also work to foster a deep, meaningful, and trusted personal connection with their client.

Some long-lasting relationships bloom between younger and older adults based on shared interests. At Mon Ami, we matched a 79-year-old former car mechanic with a student majoring in biology; both enjoy building things, and spent time making and flying paper airplanes. We also paired an 84-year-old client who loves poetry with two undergrads who enjoy listening to the new poems she has written. They’ve been connecting for more than a year. It works.

Life Beyond the Pandemic

The COVID-19 pandemic has revealed both our vulnerabilities and our resilience and deep desire to connect. We have seen new and long-lasting friendships emerge across generations as the shock of the pandemic has pulled people closer together to make sense of things.

The pandemic also has accelerated the adoption of new solutions—both interpersonal and technological—to ease social isolation. For example, it pushed Mon Ami to consider how to scale from a one-to-one, direct-service model to an enabling platform for communities across the United States. By becoming a technology partner to the thousands of government and nonprofit agencies that work to lessen loneliness, we can make the most difference.

Going forward, we must build on what we’ve learned to make lasting change for those who experienced isolation long before the pandemic began and who will continue to do so after it ends.

This article was originally published in Stanford SOCIAL INNOVATION Review on March 29, 2021. 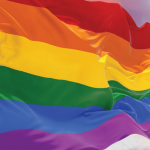 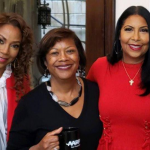