SAGE Launches Old and Bold: Services for All in Celebration of Pride Month

WASHINGTON, D.C. — Celebrating the end of Pride month and building on momentum from the first-ever Executive Order to mandate better access to services and care for LGBTQ+ older adults, SAGE – the world’s largest and oldest organization dedicated to improving the lives of older LGBTQ+ people – is launching Old and Bold: Services for All. This ambitious campaign aims to ensure LGBTQ+ and HIV-positive older people can access welcoming aging services and supports in every community in the nation. Grounded in President Biden’s new Executive Order and in the Older Americans Act – which Congress made LGBTQ+ inclusive for the first time in 2020 – Old and Bold: Services for All will work with community advocates, LGBTQ+ elders, and allies at the local, state, and federal level. These efforts will focus on enhancing community-based aging services that are equally accessible to all LGBTQ+ elders and older people living with HIV.

The cornerstone of Old and Bold: Services for All is the Older Americans Act (OAA)—the federal law that enables older people to receive the services and supports they need to age well in their communities. The OAA supports programs like home-delivered meals (e.g., Meals-on-Wheels), congregate meals, senior centers, chore and transportation assistance, and an entire range of other services and supports. In 2020, SAGE led a successful advocacy effort to ensure LGBTQ+ elders were included in the reauthorization of the OAA. The law now requires state and local aging agencies to conduct outreach and engage with the LGBTQ+ community, and to determine what services are needed by the community and if their needs are being met.  On June 15, President Biden marked Pride month by signing an Executive Order that mandated an even greater focus on LGBTQ+ older people in implementation of the Older Americans Act, as well as expanded protections for LGBTQ+ people in long-term care.

“Growing old at home is often a challenge for LGBTQ+ older people who don’t have the support they need because of decades of discrimination, and who worry about being mistreated if they try to access the elder services that supposedly are available to all older Americans,” said SAGE CEO Michael Adams. “The federal government is now formally on record saying it intends to do right by our community’s elders when it comes to local services. SAGE’s Old and Bold: Services for All campaign will make sure that government-funded elder services make good on that promise so that older LGBTQ+ people and older adults living with HIV across the country can get the services and supports they need to age with dignity and respect.”

For more information about the campaign, please visit sageusa.org/old-and-bold. 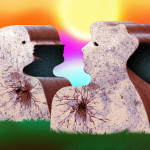 Why L.G.B.T.Q. Adults Are More Vulnerable to Heart DiseaseHealth Care, In the News, LGBT Aging 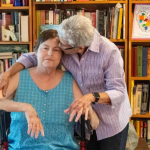