The Maryland House of Delegates Health and Government Operations Committee on Thursday heard testimony on a bill to protect LGBTQ seniors in long-term care facilities.

SAGE, a nationwide nonprofit dedicated to improving the lives of older LGBTQ adults, and the AARP also support the measure.

“Part of the reason why we’re introducing this bill Is not just because of the increased complaints to SAGE, but LGBTQ elders also face increased rates of depression, anxiety and poor health and that impacts the longevity of our elders,” Acevero told the Washington Blade.

Aaron Tax, the SAGE director of advocacy, told the committee LGBTQ seniors are more likely to be single, less likely to have children and more likely to live in poverty, especially if they identify as lesbian or transgender.

“So, they are more likely to end up in these facilities,” he explained. “Think about what they faced and the very vulnerable time they are entering. This is the ‘Stonewall Generation.’ The first to be out. We want to make sure this population has the opportunity to be out in long-term care settings.”

Currently, there are over 217 nursing homes and skilled nursing facilities in Maryland according to A Place for Mom, an assisted living referral service.

Catholic Charities of Baltimore assisted 1,724 low-income older adults in obtaining affordable apartments and housing in 2018 and provides specialized care through its adult day services, assisted living and other senior services, according to its website.

However, it also has a track record of ending foster care and adoption services in states prohibiting discrimination against LGBTQ couple adoptions, as was testified to at a similar bill hearing recently in Virginia. Virginia’s same-sex adoption nondiscrimination measure was killed in committee.

In contrast, Rev. Linda Boyd, representing the Episcopal Diocese of Maryland, attended the hearing in support of the Maryland bill.

“I believe everyone is a child of God and deserving equally of dignity and respect,” Boyd told the Blade and the committee. “LGBTQ seniors face particular discrimination when they are in facilities that lack care with dignity and respect. We need to remedy that.”

Neither Catholic Charities nor any other religiously-affiliated long-term care facility spoke at the hearing in opposition to the bill.

In his opening statement, Acevero told the committee LGBTQ seniors often find themselves in assisted living situations that are not only unwelcoming but at times pushes them out of these spaces and into the streets.

This bill would protect seniors from being evicted due to others’ discomfort with their sexual orientation, gender identity or gender expression. It would also codify the right to culturally competent and affirming care.

Nancy Carr of AARP Maryland explained the results of a 2018 survey which found 34 percent of LGBTQ adults fear hiding their identity as they age.

“Those who had partners often identified them as a sibling,” she added. “I think these types of complaints are underreported.”

“Send a message that they are seen, they are valued and they should be protected,” Acevero told the committee. “They should be allowed to thrive like all of the seniors in this state.”

The next step is for the committee to advance the bill for a second reading.

This article originally appeared in Washington Blade on March 7, 2020. 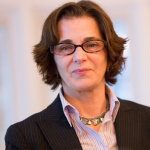 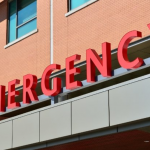