Help For The Money Anxieties Of Older LGBT Adults

The COVID-19 pandemic has really done a number on the personal finances of millions of Americans, but the LGBTQ community has been especially bruised.

John C. Williams, president and CEO of the Federal Reserve Bank of New York, said in June that the unemployment rate for lesbian, gay, bisexual and transgender people was nearly double the national average during the pandemic.  And a May 2020 Human Rights Campaign/PSB Research study found that LGBTQ people were twice as likely than the general population to say their personal finances are “much worse off” than a year ago.

SAGE, the world’s largest and oldest organization dedicated to improving the lives of LGBT elders, says LGBT elders are at the epicenter of the pandemic, due to their age, higher instances of vulnerable health conditions and increased social isolation. Black and Latinx LGBT elders are at a higher risk for COVID-19 than others their age. (SAGE doesn’t include Q in its nomenclature because some older LGBT adults have told the organization they find the word “queer” offensive.)

“Before the pandemic, when we surveyed LGBT elders, fifty-one percent were very concerned they don’t have enough money to live on,” says David Vincent, SAGE’s chief program officer. “We also know that during COVID, LGBT folks were more likely to feel the impact of discrimination and unemployment, because many have been working in the service industry and many of these businesses closed. So, many are out of work, exacerbating the economic vulnerability many have experienced.”

And that’s been adding to their financial anxieties.

“I also worked part-time at The Kimmel Center, a performing arts center, in Philadelphia. But I lost that job in March because of the pandemic,” he said. “With less income and turning sixty, I thought I really needed to take a look at my finances.”

What the SAGECents App Does

So, Miller signed up to be part of the pilot test of SAGE’s new free personal-finance app for older LGBT people, called SAGECents, created with support from the Wells Fargo Foundation.

This digital wellness platform is a version of the LifeCents app that’s been reformulated specifically to address the concerns and needs of people like Miller.

And people like Donna Sue Johnson, another SAGECents tester. Newly retired and about to turn 65, Johnson is a former Air Force lieutenant who spent 40 years in social work. Dedication to work and helping people have been foremost in her mind over the years. Her finances? Not so much.

“I was a paycheck-to-paycheck kind of gal,” said Johnson. “Working was my salvation, and healing. I didn’t think about investments.”

SAGE approached the LifeCents appmakers to see if they could create an app for older LGBT people looking to manage their finances better.

“We knew there were significant natural [financial] disparities” between older LGBT people and non-LGBT people,” said Vincent. “We needed to figure out the mechanisms to help address this disparity and we knew there might be a tech piece to this.”

Meeting People Where They Are

So that meant LifeCents needed to add particular financial resources — sometimes adopted from the National Resource Center on LGBT Aging. The app “is very responsive to the pandemic,” said Vincent. “People are freaking out today and we wanted to make sure they knew what resources were available to them.”

Because LGBT elders may have a higher incidence of vulnerable health conditions, said Blake Allison, CEO, president and founder of LifeCents, “we had to make sure the participants from this community were connected to critical resources.”

The app team also had to revise LifeCents’ wording and questions to turn them into personalized, LGBT-friendly versions.

“You have to meet people where they are,” said Allison. “If you’re constantly reminded [by an app] that you don’t have enough short-term or long-term savings or you have too much debt, it’s very discouraging.”

The 2019 LGBTQ Money Matters Survey found that 52% of respondents said they had anxiety about their finances and 61% said they didn’t feel they’ve saved enough to live a comfortable life during retirement.

Chat With the Chatbot

To help relieve this anxiety, SAGECents lets users “talk” to a chatbot, answering questions to help give the app the best sense of their financial concerns, knowledge and goals.

“We want to know what you know and don’t know about a topic and what you’re doing or not doing that’s helping or harming your ability to reach your goals,” said Allison. “And we want to know your mindset about how confident you are about making personal-finance decisions.”

Andrew Adams, director of product marketing at LifeCents, said that discrimination against LGBT people in the workplace, with housing and in the military means “we often need to add context around questions like work history or sources of income, housing stability, or any history of service in the armed forces.”

Miller was grateful for the app’s questions about his gender identity and sexual organization.

“It lets me know [SAGECents] recognizes me as a human being,” he said. “Just recognizing those things made me feel that whoever was creating the app was honoring and respecting LGBT people.”

Unlike the LifeCents app, SAGECents includes resources such as: “Accessing Information on Medicare Benefits for LGBT People,” “Creating End-of-Life Documents for Trans Individuals” and “Social Security: What Same-Sex Couples Need to Know.”

Miller wanted to get a better grip on spending and liked the way the app didn’t shame him.

“It didn’t make any judgments or assumptions,” he said. “It just made me feel comfortable. It was friendly and fun to learn more about myself, really.”

“I had two calls with a woman who has really been great,” Miller said. “We’re creating a new budget for me. She also asked me to pick short-term goals that are easy to achieve in the next week and long-term goals.”

The SAGECents app is not, however, a “robo-adviser” — that’s an automated portfolio using technology to build, monitor and automatically rebalance investments, often with access to an investment portfolio. According to new data from the Hearts & Wallets research firm, 8% of LGBT people age 55 to 75 it surveyed have money invested in a robo-adviser and about 16% of LGBT people of any age do.

After using SAGECents, Miller has starting to change some of his spending behaviors and build up confidence about managing money.

Johnson was eager to learn more about debt, credit scores and credit reports. “Now, my credit score is almost 750. I want to get closer to 850,” she said. That’s the top FICO credit score.

After using the app, Johnson said, “I’m much more focused on not maxing out my credit cards. I’m much more aware of what I’m spending and how I want to pay it off every month.”

SAGECents users can chart their progress through the app’s personal financial health reports. “The reports show where they are and what they need to do next,” said Allison.

To those in their 50s, 60s or older who think they’ve missed the opportunity to learn how to take control of their finances, Johnson offers this view: “It’s not too late. It’s never too late.”

This article was originally published in Forbes on September 3, 2020. Help for the Money Anxieties of Older LGBT AdultsDiscrimination, In the News, Legal & Financial 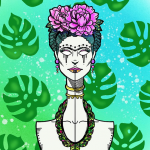