Finance LGBTS are under the threat of a pandemic COVID-19

It could be argued that there has never been a better time to be gay in America. However, there are members of the greater LGBTQ community who continue to struggle, especially when it comes to finances, and unfortunately, things don’t appear to be improving anytime soon. Members of the Queer Community will face a slew of additional fiscal challenges thanks in part to the COVID-19 pandemic.

The Human Rights Campaign Foundation (HRC) recently revealed the results of a study that highlighted the economic risks to LGBTQ people from the expected economic fallout due to the coronavirus. It should come as no surprise that COVID-19 is devastating to the health and finances of millions upon millions of Americans, but I will admit that I was surprised to learn just how vulnerable the LGBTQ community is because of the pandemic.

There are an estimated 14 million LGBTQ adults, with an additional 2 million gay youth, in the United States according to the HRC. The nonprofit’s study revealed that more than 5 million LGBT workers had jobs that are more likely to be impacted by COVID-19. Most specifically, those were jobs in the restaurant and food services, hospital, education and retail industries.

Forty percent of all LGBTQ people work in the five industries most affected by the pandemic. By comparison, only 22% of heterosexual people work in those industries. While I think most of us may be at risk of seeing our incomes drop during the current economic shutdown, some are more likely to be laid off or see their incomes drop much closer to zero. Sadly, it appears the drop in income will disproportionately affect gay workers.

The top five industries that LGBTQ people work in, which comprise 40% of all LGBTQ workers, are five of those most affected by both the virus’ spread itself and the shelter-in-place orders that have effectively shut down much of public life in the United States. These are, in order, food service, hospitals, K-12 education, colleges, and retail.

I’ve previously written about the major concern of who will care for LGBTQ seniors. As a group, we are more likely to live apart from family or be estranged from them for that matter. Years of discrimination in housing, employment, healthcare, lack of marriage equality, and the AIDS crisis, has left many LGBTQ seniors unprepared for a financially secure retirement.

According to SAGE, LGBTQ retirees are twice as likely to be living alone and four times less likely to have children. They are also at a greater risk of having a lack of care and support from their families. As has been reported, COVID-19 has hit older Americans the hardest.

As a gay financial planner working with the LGBT community, I have seen firsthand the additional costs that come with retiring as a gay person. We often take for granted how valuable it is to have someone look out for us as we age. Without family to help with care, LGBT seniors are more likely to need assisted living facilities, but during this pandemic, senior care facilities appear to be hotbeds for spreading the coronavirus.

The Williams Institute, an LGBT-focused think tank at the UCLA School of Law, estimated that more than 6.5 million LGBTQ adults, and more than 250,000 gay couples, will receive the full $1,200 stimulus check. I’m sure those individuals will all agree the delay in receiving their checks so the President’s signature could be added was worth it.

Eligibility is based on household incomes, which may limit the number of Americans; gay, straight, or otherwise; who receive the money.

Gays are richer and poorer

The LGBTQ community is both richer and poorer. According to the US Department of the Treasury, gay married men earn the most income and are followed by lesbian couples and then opposite sex couples. That is based on tax data from 2014. If I had to guess, those numbers may be skewed in favor of the richer gay and lesbian couples who were married soon after marriage equality was achieved at the federal level.

There is also a persistent “myth of gay affluence.” The reality is that not all members of the LGBTQ community live fabulously wealthy lifestyles. Not only are gay people more likely to live in poverty, we are also more likely to struggle to pay for healthcare. According to a 2019 Williams Institute analysis of Behavioral Risk Factor Surveillance System (BRFSS) data, about one-in-five (22%) LGBTQ adults in the United States live in poverty compared to an estimated 16% poverty rate among their straight and cisgender counterparts. In particular, the poverty rates of transgender adults (29%) and cisgender bisexual women (29%) in the U.S. tower over those of other groups. Furthermore, Black (40%) and Latinx (45%) transgender adults are more likely to live in poverty than transgender people of any other race.

Thank you to the Human Rights Campaign Foundation and Williams Institute for their work and this valuable research. For those reading this, keep your heads up. This, too, shall pass. Do your homework and utilize all of the resources at your disposal: those specifically available to the LGBTQ community and resources as a result of the CARES Act, unemployment, and other services to those in need.

This article originally appeared in Breaking US News on May 5, 2020. 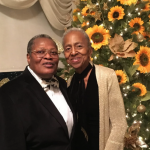 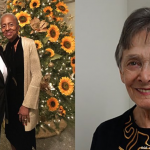