Perone brings her leadership in the LGBTQ+ health and aging space and will join other fellows in the fall for a year-long assignment. Perone and other fellows will have the opportunity to participate in the federal health policy process in congressional and executive branch offices and work on regulatory and legislative issues related to public health.

“I am thrilled to have been named a fellow for this amazing program,” Perone said. “This fellowship provides a chance for me to work at the highest level of policy and learn from my peers in various fields.”

“SAGE congratulates Angie on receiving this fellowship,” said Reynaldo Mireles, SAGE’s Director of Coalition Building. “As the leader of SAGE Metro Detroit, we know firsthand Angie’s passion for LGBTQ+ elders, aging issues, and policymaking. We are so proud that she has received this prestigious fellowship.”

RWJF Health Policy Fellows are chosen from a highly competitive field of health and behavioral/social science professionals interested in health policy. Since 1973, the non-partisan fellowship has offered exclusive, hands-on policy experience with the most influential congressional and executive offices in Washington, DC.

SAGE is the world’s largest and oldest organization dedicated to improving the lives of lesbian, gay, bisexual and transgender (LGBTQ+) older adults. Founded in 1978 and headquartered in New York City, SAGE is a national organization that advocates for public policy changes that address the needs of LGBTQ+ older people. SAGE also offers supportive services and consumer resources to LGBTQ+ older adults and their caregivers, provides education and technical assistance for aging providers and LGBTQ+ organizations through its National Resource Center on LGBTQ+ Aging, and cultural competence training through SAGECare. With staff located across the country, SAGE coordinates a growing network of affiliates across the country, including SAGE Metro Detroit. Learn more about SAGE at sageusa.org and SAGE Metro Detroit at sagemetrodetroit.org.

About the Robert Wood Johnson Foundation

For more than 45 years the Robert Wood Johnson Foundation has worked to improve health and health care. The foundation works alongside others to build a national Culture of Health that provides everyone in America a fair and just opportunity for health and well-being.

About the National Academy of Medicine 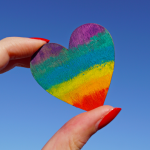 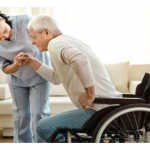